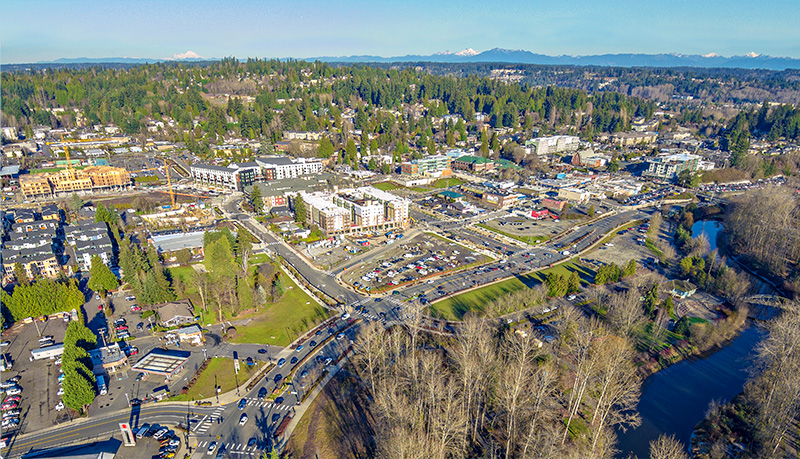 At this time the City of Bothell’s properties are not for sale. The City is working diligently to ready its “Future Opportunities” for the market place.

At this time the City of Bothell’s properties are not for sale. The City is working diligently to ready its “Future Opportunities” for the market place.

The City of Bothell is revitalizing its downtown into a pedestrian-friendly destination and gathering place for area residents, employees and visitors. It is complimenting the historic charm of the City’s Main Street with new retail, offices, and housing. To date, the City has completed public investments totaling over $150 million and sold 20 acres for development. When complete, the revitalization project is expected to add 2,000 residential units and 1,600 jobs.

The Downtown Bothell neighborhood is the home of City Hall, the King County Public Library, Pop Keeney Stadium, McMenamins Campus, Historic Main Street, and the Park at Bothell Landing. Recently completed development projects have added new retail services, residents, and office workers. The UW Bothell campus continues to fuel growth in the area. It has over 700 faculty and staff and now serves almost 6,000 students, up from 4,200 in 2013-2014. 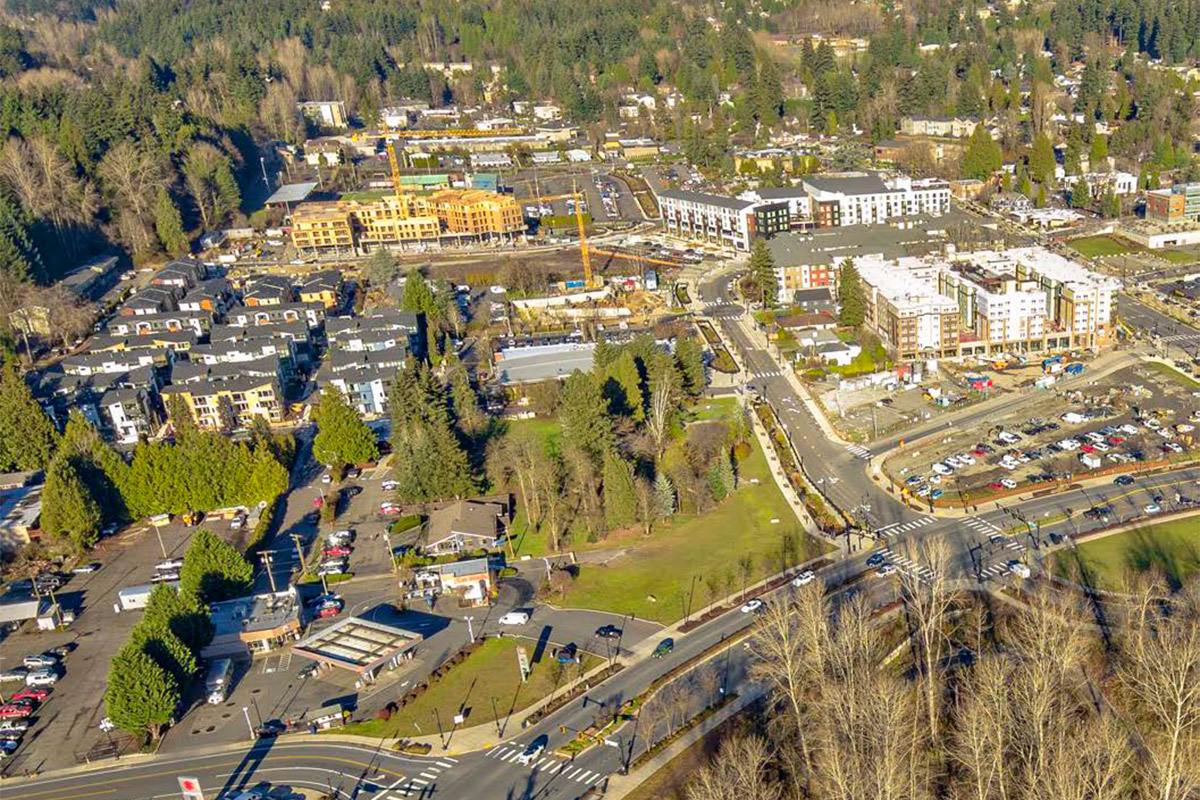 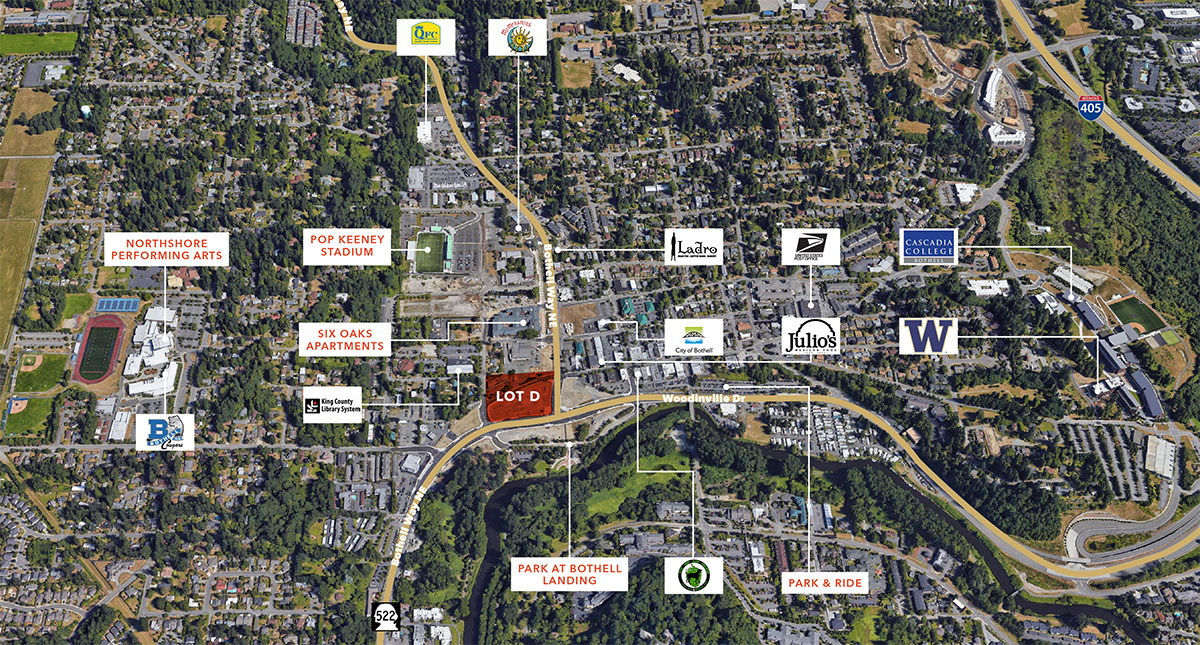 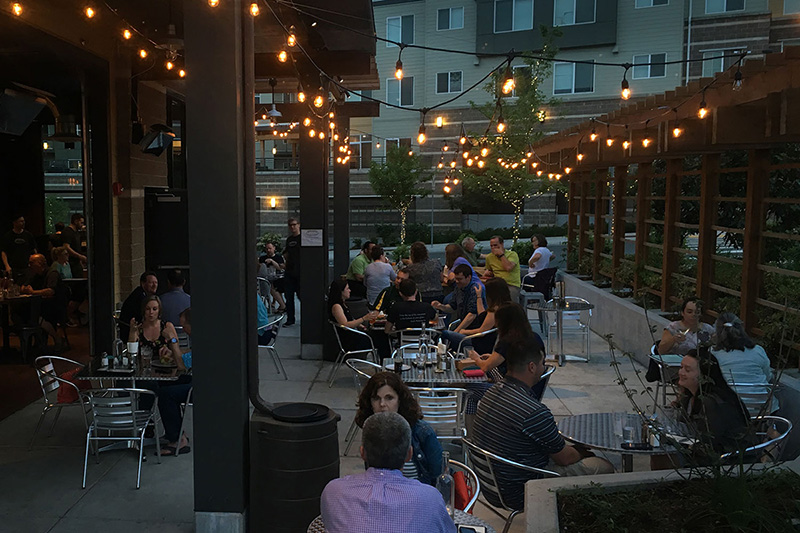 Strong economic growth and the presence of high-paying jobs make Bothell/Kenmore an attractive place for developers and owners. The biotech and telecommunications industries have contributed a population with a high education attainment and average incomes at approximately $100,000, exceeding the King County Metro average by more than 20%. The submarket is also home to the University of Washington, Bothell, which has nearly 6,000 students and is the second largest of the three UW campuses. The university is largely a commuter school and has fewer than 300 student-housing units on campus, creating steady apartment demand near the University, especially in Downtown Bothell and North Creek.

“Forecasters are calling for a slowing regional growth… but growth none-the-less. Employment is expected to grow at 1.8% in 2019. Over the last year, the Puget Sound Region saw a net increase of 68,000 residents and employment grew by 25,000 (68 jobs per day).” The ten-year forecast suggests that the employment growth will continue at an average annual rate of 1%. Personal income is projected to increase by a total of 10% over the next 10 years. Retail sales are expected to increase over the next 10 years from $93.2 to $136.3 billion. “Some would suggest that slower growth is more comfortable and positive forecast in many ways.”
- Puget Sound Economic Forecaster 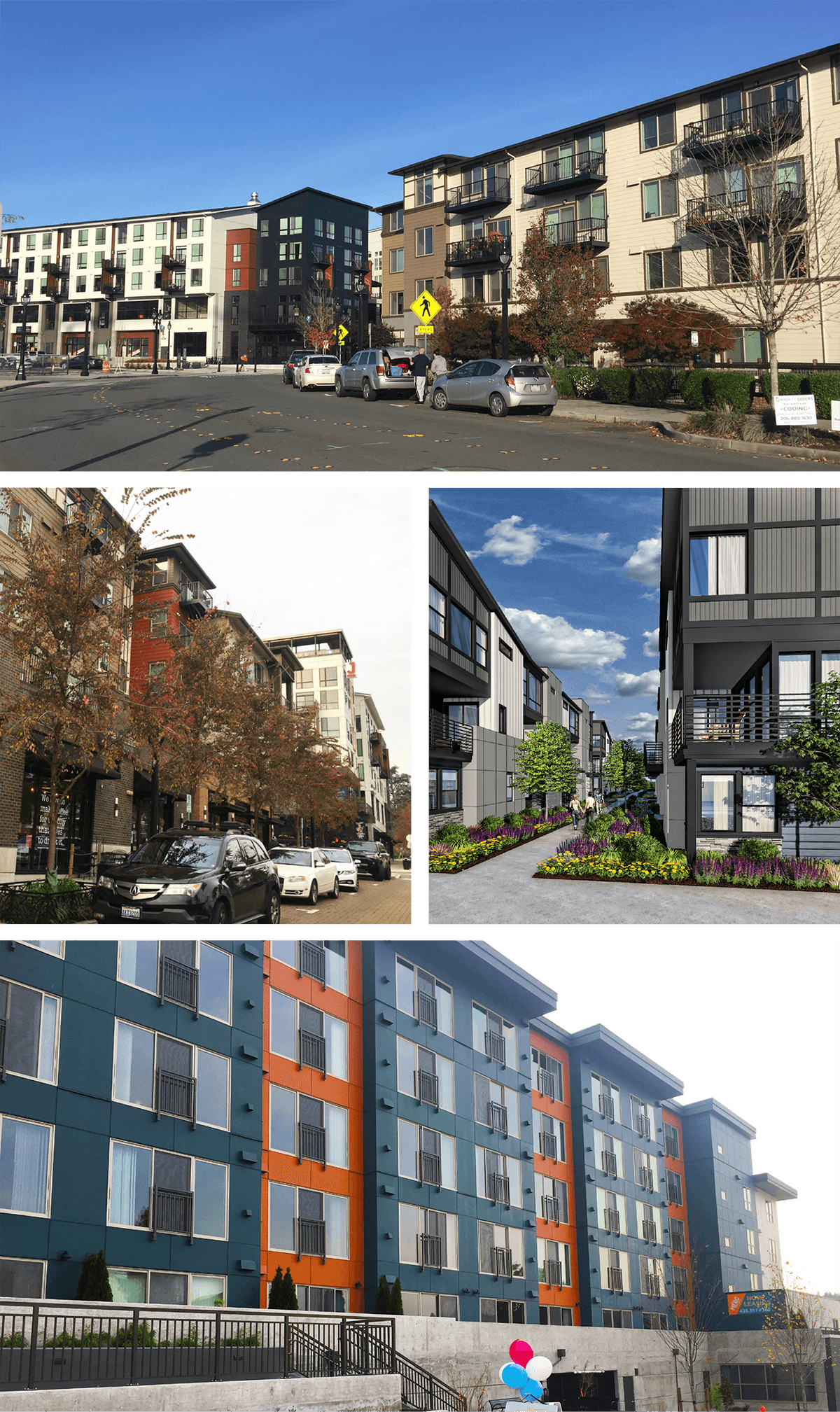 The submarket is home to two employment hubs—North Creek and Canyon Park. The former contains several tech and telecommunications firms such as Google and T-Mobile. The latter is the where biotech firms such as Seattle Genetics choose to do business. Boeing also has offices in both locations.

The inventory of apartments in the submarket has increased substantially over the last five years. At the same, time vacancy in newer units has remained consistent with the five-year average due to strong lease-up activity.

Rents in Bothell/Kenmore have traditionally been slightly higher than the Metro average, but the gap has widened since the beginning of the recovery. New units have contributed to the solid increase in rents, with asking rents reaching levels comparable to some of the region’s urban core submarkets. One-bedroom units in buildings built since 2000 average $1,700 per month.

Construction activity in Bothell/Kenmore remains dynamic. Nearly 1,400 units were delivered from 2013 to 2017, and more than 1,100 units are slated to deliver between 2018 and 2019. Once these properties deliver, the submarket will have expanded its inventory by 45% since the end of 2012. This trend could become even more pronounced if proposed projects materialize. Downtown Bothell has become a popular spot for development and is transforming rapidly.

More than 900,000 SF of retail, office, hotel, and residential development is in planning, and the expansion of Bothell Way illustrates the impact high-paying tech and life sciences jobs can have on a previously sleepy submarket. Examples of new apartment projects include Main Street Property Group's 130-unit Junction which opened in January 2018 and was able to reach 67% occupancy by early August, a leasing rate of approximately 13 units per month. The community was offering up to one month of free rent during the first several months of lease-up. A few blocks away, Goodman Real Estate's 122-unit Merc Bothell opened in September 2018 and it was reportedly 40% occupied by mid-November, a leasing rate of roughly 16 units per month. Management was offering up to six weeks of free rent on select units at the project.

The Seattle apartment market is hot, and justifiably so. It attracts both foreign and domestic interest, and in terms of job growth, during this cycle it has outperformed the national averages in the high-paying tech and life sciences sectors. New residents and young adults are contributing to outsized demand growth, a trend that is expected to continue, especially in and around the Downtown and Eastside employment hubs.

New inventory recently added to the market has created an increase in vacancy recently, but demand remains strong. Rent growth has slowed in the face of supply pressures but remains steady in the peripheral markets. Sales volume has been consistently high over the past few years, mostly due to institutional investment. Pricing is at record highs and cap rates are among the lowest in the country. 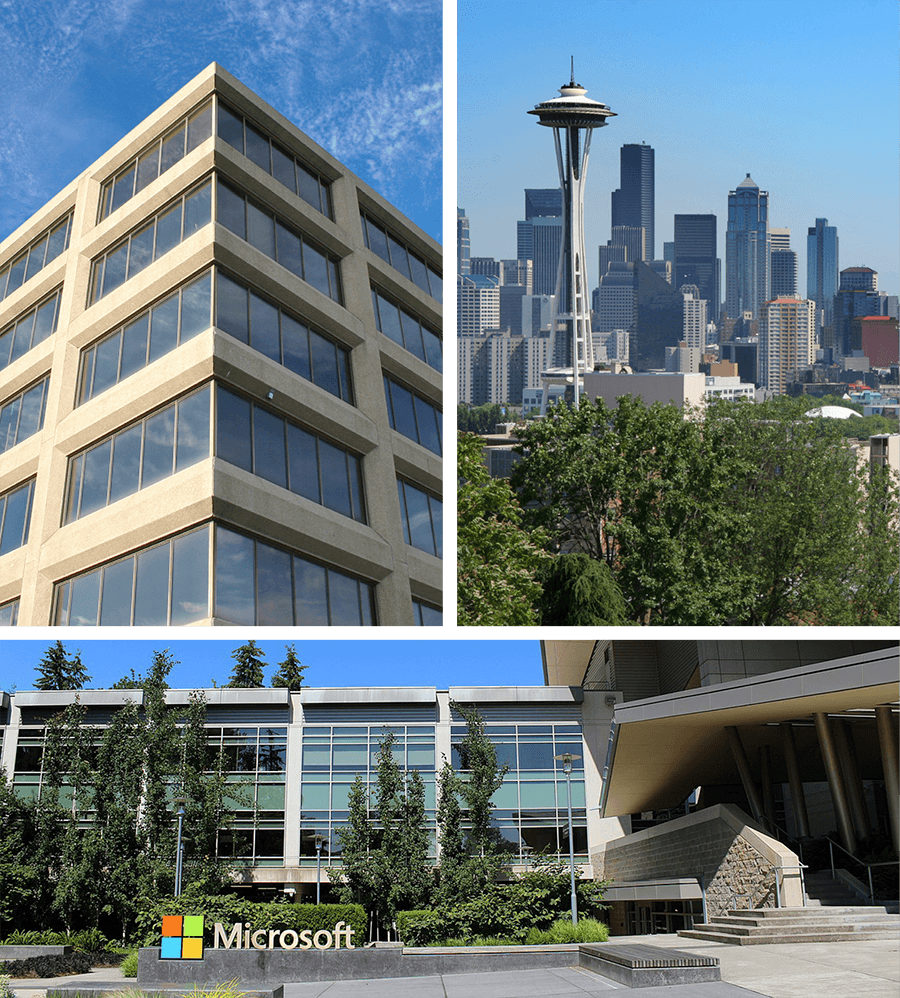 The Bothell/Kenmore submarket has 5.3 million square feet of office space with a 9.1% vacancy rate. The submarket has a well-diversified tenant base, with biotech, aviation, telecommunications, and tech tenants alike. Biotech giant Seattle Genetics occupies nearly 250,000 SF in the Canyon Park area, along with a host of other biotech firms. In the North Creek neighborhood, Google, T-Mobile, and Boeing lease over 175,000 SF of office space.

Large move-outs by multiple companies have been a recent concern, but vacations have been off-set by strong leasing activity. Puget Sound Energy's 96,000-SF lease at Parkland North Creek and Premera Blue Cross's 65,000-SF lease at Quadrant Monte Villa Center were both signed earlier in 2018.

Asking rents in office buildings built since 2000 average $29.97, gross, up from the five-year average. There is developer interest in the submarket. For example, TIAA has proposed a new phase in a large office complex called Woodlands Technology Campus in the Canyon Park area. The space is being advertised as ideal for medical, biotech, or traditional office tenants.

Recent sales activity is marked by two transactions, the $35.5 million sale of Plaza at North Creek and the $9 million sale of the Canyon Park Office Center, reportedly 76% leased at the time of sale.

The greater Seattle office market contains 203 million square feet of space. Today 6.1%, or approximately 12 million square feet, is vacant. The market is one of the tightest office markets in the nation, and it is still far less expensive than major metros like New York, San Francisco, and Washington, D.C. Due to strong demand, development has returned to the Metro in a big way, with most large deliveries occurring in Bellevue, Lake Union, and Seattle CBD.

Vacancies have tightened significantly this cycle, since many of the largest properties are build-to-suits or mostly preleased by juggernauts like Amazon. Amazon space accounted for 40% of all the supply added to the Metro from 2015–17, with other tech and biotech firms taking much of the balance.

Rent growth is well above the national average, currently averaging 5.1%. Increasing sales volume is a testament to the perceived strength of the Seattle market, which has been the focus of a significant amount of institutional investment. Investors are not shy about opportunities in the suburbs, where yields are higher. Sales volume in the first half of 2018 was sluggish, but several large deals picked up the slack in the second half of the year. 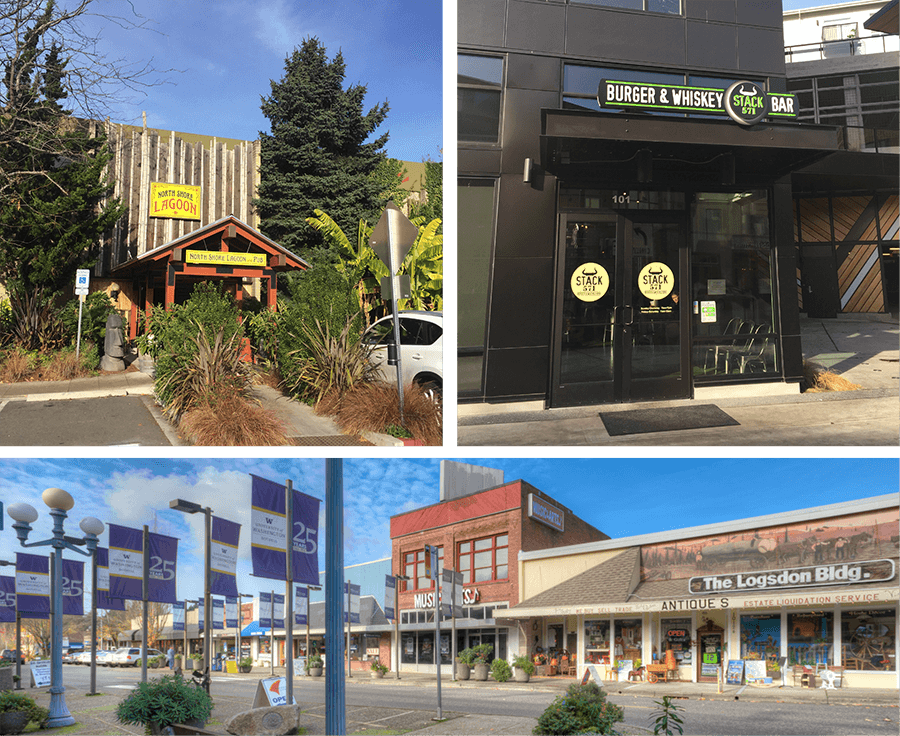 The Bothell retail submarket consists of approximately 4.4 million square feet of space. Of the total, 2.3% is currently vacant, down from a high of 6% in 2013. Average triple net rental rates have been steadily increasing since 2013 when they were approximately $20 per square foot, and today stand at approximately $24.

Neighborhood centers are demanding slightly higher rates and power centers lower, $26 and $21 per square foot respectively. Over the last several years rental rates have been growing at close to 4% per year. During 2017 the rate of growth declined to 2% and is projected to continue to decline until 2021 when they are expected to grow again. On average, there has been 19,360 square feet of space delivered each quarter during the past year, a figure that is expected to decline to 15,000 square feet per quarter over the next 12 months. The 30 comparable sales that closed during the last 12 months averaged $324 per square foot and traded at an average capitalization rate of 4.4%.

Of course, e-commerce growth is dynamic in a city that is home to Amazon’s headquarters, but brick-and-mortar retail remains strong in the Puget Sound region. The delivery schedule over the past few years was relatively light, especially in the urban core, and vacancies are at their lowest level in more than 10 years. With an equally light pipeline, vacancy should remain low in the near term.

The Metro’s population, workforce, and median household income are growing faster than the national rate. Ongoing expansions at tech and life science companies in conjunction with the residential construction boom, both highly concentrated in the urban core, contribute to an increase in retail sales downtown. The suburbs have also seen strong leasing activity, mostly in neighborhood centers. Buying power (population multiplied by median income) has increased by more than 25%, or twice the national average, since 2013, and the region is poised for more growth.

Grocers, restaurants, and value-oriented retailers account for a majority of leasing over the past few years. This includes grocers like Safeway and Whole Foods Market, but grocery stores with locally grown produce are very popular in the region as well. While the Seattle retail market has fared well, the national store closing trend continues to be influential. 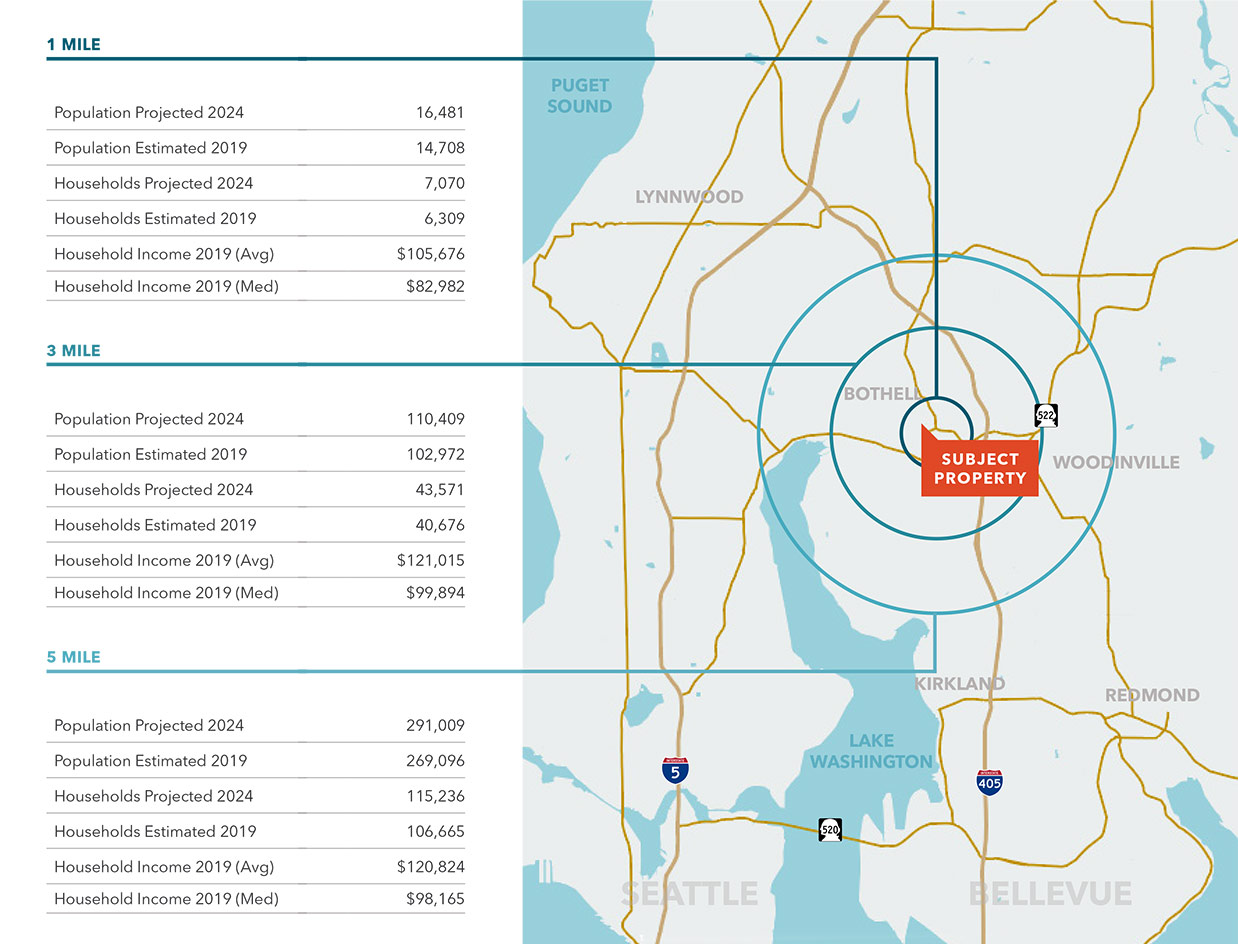